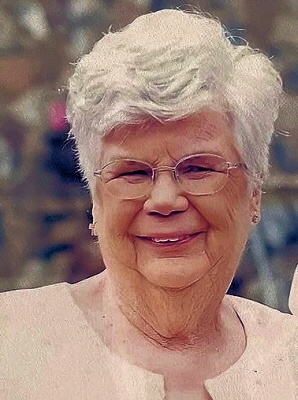 Berma Fay Doty, age 86, of Blue Ridge, passed away Tuesday morning, December 21, 2021, at Northside Hospital Cherokee in Canton.   Miss Doty was born December 4, 1935, in Washington, DC, to the late Wilbur Irvin Doty and the late Fay West Doty.  Berma was a member of Blue Ridge United Methodist Church; she had been a member of the Morganton Chapter 394 Order of Eastern Star for 67 years and has served as a past matron and grand representative to Washington state. In addition, Berma had served as an active Boy Scout Leader.  She was a graduate of the University of Georgia with a master's degree in education. Miss, Doty was a well-known teacher in Fannin County who touched the lives of many students.  Miss. Doty taught for thirty-five years in both Towns and Fannin County.  She was an avid reader, enjoyed sewing, and was a big fan of the Braves, Hawks, and Georgia Bulldogs. She was preceded in death by her father, Wilbur Irvin Doty, mother, Fay West Doty, and brother Wilbur Irvin Doty, Jr.

In lieu of flowers, the family requests donations can be made to the Morganton Chapter 394 Order Of The Eastern Star,  P.O. Box 176, Morganton, Georgia 30560 for Berma Doty Scholarship Fund or Blue Ridge Humane Society at wwwhumanesocietyofblueridge.org.

Arrangements entrusted to the Henry-Cochran Funeral Home of Blue Ridge, GA,  you may send condolences to the family and sign the guest register at www.cochranfuneralhomes.com.

To order memorial trees or send flowers to the family in memory of Berma Fay Doty, please visit our flower store.