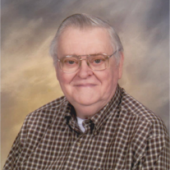 Cochran Funeral Home and Crematory of Blairsville announces Memorial Services for Mr. Charles Raymond Hartnett, age 76, of Blairsville, who passed away Saturday, January 9, 2016 at his home.

Charles (Chuck) was born April 5, 1939, in Indiana, Pennsylvania. Charles received an Honorable Discharge from the U.S. Air Force after six years of service. After returning home, he married Carol Ruth Reeger of Indiana, PA. He and his family resided in Jamestown, NY and Indiana, Pennsylvania until they moved to Palm Beach County, Florida in 1977. After 20 years of Service in the U.S. Postal Service, he and his wife, Carol, retired to their favorite vacation
area in the mountains of Blairsville, Georgia in 2001.

Charles was an active member of the Church Of Christ and was proud to have served as a Deacon at various times throughout the years.

Charles is preceded in death by his parents Edward and Mary Rita Hartnett, his brothers Edward Hartnett, Jr., John Hartnett and his sister, Mary Ruth Hartnett Thull. He leaves behind his brother Michael and his wife, Joan Hartnett, of Brookville, Pennsylvania.

Charles is survived by his wife of 48 years, Carol Ruth Reeger Hartnett; his daughter Charmaine and her husband, John Studdard and their children, Graham Patrick and Alexandra Reese Studdard of Lake Clarke Shores, Florida; his daughter Margaret Cherise and Nicholas Westenberger and their children Gabrielle Marie and Cara Michelle of Vero Beach, Florida; Mary Catherine, her children Breanna and Nicholas, her husband, Junior Newlin, and three great grandchildren of Penn Run, Pennsylvania. He leaves behind a loving extended family and great friends.

A memorial service will be held in his memory at the Eastside Church of Christ in Morganton,Georgia on Saturday, January 16, 2016 at 2:00 p.m.

Arrangements entrusted to the care of Cochran Funeral Home and Crematory of Blairsville.
To order memorial trees or send flowers to the family in memory of Charles Raymond Hartnett, please visit our flower store.