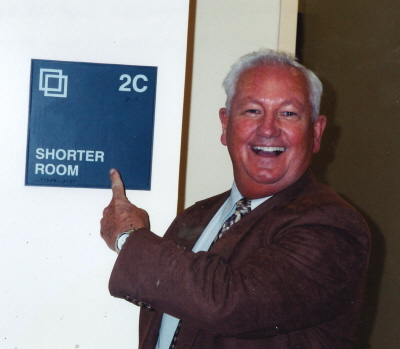 Charles Russell Brick, Jr. age 80 of Blue Ridge, GA passed away Friday, April 23, 2021 after an extended illness. He was born June 26, 1940 in Lock 17, Ohio to the late Charles Russell Brick, Sr and Ludean Gray Brick. He moved with his family when he was a teenager to New Smyrna Beach, FL. He eventually settled in Holly Hill, FL with his wife and lived there for many years. Butch, as he was commonly called, worked for Florida Power & Light Company for 33 years when he retired. After retiring he started his own trucking company because he didn't feel he was ready to stop working. He eventually moved to Blue Ridge, GA in 1995 to settle for retirement. He loved working so he went to work for Wild Water Rafting driving a bus to transport the rafters to and from the Tennessee River. He loved interacting with the rafters so he continued to work there until he was unable to work any longer.
He was a minister of Jehovah's Witnesses all his adult life. He centered his life and his family's life around Bible principles because this was the most important aspect of his life. He was a good husband and father to his family, always putting his family's needs ahead of his own. He was an avid reader of all types of books. He loved reading the Bible, aviation magazines, books about history, books about wars, science, and nature. He loved college football and the Florida Gators was his favorite team. He also had a passion for flying. In his early years he and a friend owned their own 2-seater airplane and would often fly together. He will be missed by family and friends alike.
He was preceded in death by his son, Charles Russell Brick, III. He is survived by his wife of 63 years, Gale Sanholtz Brick, Blue Ridge, GA; son and daughter-in-law, Jeff and Gina Brick, Mars Hill, NC; daughter and son-in-law, Candy and Brian Dittman, McCaysville, GA; son, Scott Brick, Blue Ridge, GA; sister, Gypsy Lee Brick Peterson, Seattle, WA; granddaughters, Christina Brick, Daytona Beach, FL; and Melissa Brick Tevels, Orlando, FL; granddaughter and grandson-in-law, Jenna and Matt Houston, Ashville, NC; and grandson and granddaughter-in-law, Wesley and Jasmin Dittman, Cleveland, TN.

Arrangements entrusted to the Henry-Cochran Funeral Home of Blue Ridge, GA. You may send condolences to the family and sign the guest register at www.cochranfuneralhomes.com.
To order memorial trees or send flowers to the family in memory of Charles Russell Brick, please visit our flower store.