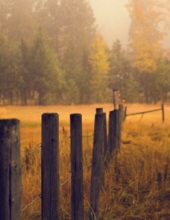 Cochran Funeral Home & Crematory of Blairsville announces the death of Mr. Cline Henry Garrett, age 90 of Suches, GA who passed away on Saturday May 8th, 2021 at his residence. He was a lifelong resident of Suches, GA and a member of Mt. Airy Church. He is preceded in death by his siblings, J.W. Garrett, Monroe Garrett, Lillian Cain, and Grovie Warren and grandson, Kevin Crisson.

A private family graveside service will be held at 2:00pm on Tuesday May 11th, 2021 at Union Memory Gardens with Daniel Ethridge officiating.

The family has requested that no flowers be sent to the funeral home.

Arrangements are entrusted to Cochran Funeral Home & Crematory of Blairsville
To order memorial trees or send flowers to the family in memory of Cline Henry Garrett, please visit our flower store.