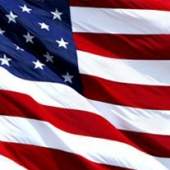 Mr. David Hiram Oliver, age 65 of Blue Ridge, passed away Monday, March 30, 2015. Mr. Oliver was born October 15, 1949 in Sanford, ME to the late Perry Oliver and the late Marion Chase Oliver. David was Christian in faith. In addition to his parents, he was preceded in death by sister, Mona McLean. He served his country enlisting in the Navy during the Vietnam War and later retiring from the Charleston Naval Shipyard after 13 years of service. Locally he took a job working for Mercier Orchards and he became a member of Blue Ridge Mountain Trout Unlimited. He enjoyed trout fishing in his spare time and he enjoyed cooking and hosting events with his family and friends. He was a loving husband, father and grandfather.

Funeral services will be private and held at a later date.

Arrangements entrusted to the Henry-Cochran Funeral Home of Blue Ridge, GA. You may send condolences to the family and sign the guest register at www.cochranfuneralhomes.com.
To order memorial trees or send flowers to the family in memory of David Hiram Oliver, please visit our flower store.