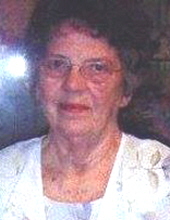 Gloria Louise (Harding) Howard passed away peacefully at home after an extended illness, surrounded by family on June 8, 2021, in Blairsville, Georgia at the age of 83. She now is in the presence of the glory of God. This is due to her profession of faith in the finished work of Jesus Christ on the cross.

Gloria was a wonderful wife, mother, grandmother, aunt, and sister who always put the needs of her family before her own. Her family will always cherish her "million dollar smile." Gloria was a 1955 graduate of Gaithersburg High School. Before becoming a full-time homemaker, Gloria worked at NIH and Rockville City Hall. She was involved with Mothers Against Drunk Driving (MADD) and served as the first President of the Palm Beach County Chapter from January to July 1990.


No Formal Services will be held for Gloria Louise Howard.


The family would like to express their gratitude to the caregivers from Regency SouthernCare Hospice Services ("Regency Hospice") of Hiawassee, Georgia. In lieu of flowers, the family requests that you make donations to Regency Hospice or Mothers Against Drunk Driving (Palm Beach County Chapter).
To order memorial trees or send flowers to the family in memory of Gloria Louise Howard, please visit our flower store.