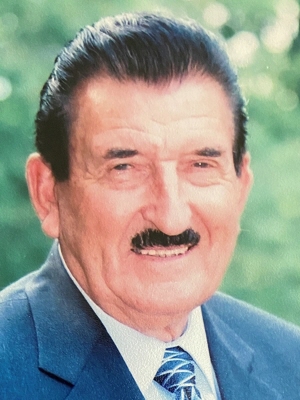 Cochran Funeral Home and Crematory of Blairsville announces the death and funeral services for J.W. Payne, age 93 of Blairsville who passed away on Wednesday evening July 14th, 2021 at his home.

J.W. was born on September 12th, 1927 in Blairsville, a son to the late Norvie and Laura (Rector) Payne. Mr. Payne was a lifelong resident of Union County. J.W. served his country honorably in the United States Army during World War II. He was a faithful member of New Union Baptist Church and served as President of North Georgia School of Gospel Music for many years. He also served as Tax Commissioner of Union County for 44 years.

The family will receive friends from 6:00 pm until 9:00 pm on Saturday July 17th at the Cochran Funeral Home of Blairsville.

Flowers are greatly appreciated, or donations can be made to the North Georgia School of Gospel Music at www.NGSGM.com in memory of Mr. Payne.

Arrangements are entrusted to Cochran Funeral Home and Crematory of Blairsville.
To order memorial trees or send flowers to the family in memory of J. W. Payne, please visit our flower store.