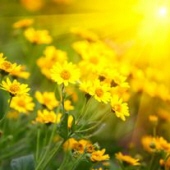 Mrs. Jimmie Holliday Smith, age 84 of Blue Ridge, passed away Saturday, March 19, 2016 at her home following a period of declining health. Mrs. Smith was born March 30, 1932 in Manning, SC to the late Howard Lamar Holliday and the late Annie Lee Shorter Holliday. She was a member of Blue Ridge United Methodist Church , she was preceded in death by husband, Robert (Rob) Smith in 1993.

Graveside services: Tuesday, March 22, 2016 at 2:00 pm at the Chastain Memorial Park, Blue Ridge, GA. The family will receive friends at the Henry Cochran Funeral Home one hour before the service.
Arrangements entrusted to the Henry-Cochran Funeral Home of Blue Ridge, GA. You may send condolences to the family and sign the guest register at www.cochranfuneralhomes.com.
To order memorial trees or send flowers to the family in memory of Jimmie Smith, please visit our flower store.