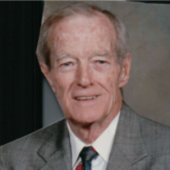 Cochran Funeral Home and Crematory of Blairsville announces funeral services for Johnny Austin Spence, age 84, of Blairsville, who passed away at home on Sunday, December 24, 2017.

He was a former resident of Branan Lodge. Mr. Spence was born in Waresboro, Georgia on December 4, 1933. He graduated from Waresboro High School and attended Georgia Teachers College in Statesboro, Georgia. He also earned a law degree from Blackstone School of Law. Mr. Spence was an International Representative with IBEW until his retirement.
He was a Mason and a Shriner. He will always be remembered for his devotion to his dog, Bishop, and his fruitcake cookies that he made every Christmas. Preceding him in death was his parents, John and Josephine (Rudy) Spence, two sisters, Bobby Spence Dillard and Judy Spence Evans.

Funeral services have been scheduled for Saturday, December 30, 2017, at 11:00 a.m., to be held in the Chapel of Cochran Funeral Home of Blairsville. The family will meet with friends at the funeral home for one hour, starting at 10 a.m. Burial will be in Union Memory Gardens Cemetery in Blairsville.

Arrangements entrusted to Cochran Funeral Home and Crematory of Blairsville.
To order memorial trees or send flowers to the family in memory of Johnny Austin Spence, please visit our flower store.