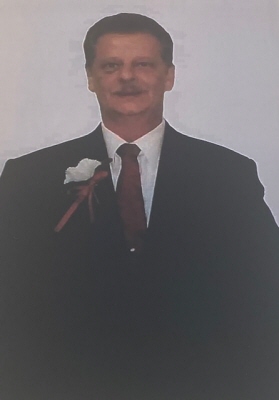 Mr. Garren was born in Detroit, Michigan, and had worked in construction as a carpenter. He was a member of Bethel Baptist Church in Young Harris, Georgia. He will be remembered as a great brother. Preceding Johnny in death was a sister, Patricia Owens.

Funeral services have been scheduled for Wednesday, April 21st, 2021, to be held at 1:00 p.m. in the Chapel of Cochran Funeral Home in Blairsville, with Rev. Tommy Thomas and Rev. Raymond Byers. Special music will be presented by: Larry and Bonnie Anderson, Rick Hughes, and Tommy McAuliffe, Cassandra Keyosky and Hayley Keyosky. The following persons have been requested to serve as pallbearers: Jeremy Harvey, Darrell Garren, Robert Cullen, Anthony Keyosky, Hayley Keyosky, Cassandra Keyosky, and Matt Schmitz. Requested to serve as honorary escort to the family is Thomas McAuliffe. Burial will be in Toccoa Baptist Church Cemetery in the Lakewood community of Fannin County, Georgia.

Visitation will be held at the funeral home on the same day as the service, beginning at 11:00 a.m., and will last until the service hour of 1:00 p.m.

Arrangements have been entrusted to the care of Cochran Funeral Home of Blairsville. Please share your condolences and sign the guest registry online at www.cochranfuneralhomes.com.
To order memorial trees or send flowers to the family in memory of Johnny R Garren, please visit our flower store.