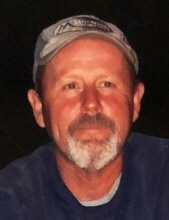 Cochran Funeral Home of Blairsville announces the death and funeral services for Mr. Larry Eugene Thomas, age 60, native and lifelong resident of Blairsville, Georgia, who passed away on Tuesday, October 12th, 2021 at his home.

Larry was born in Blairsville, a son of the late Gus Thomas, Jr., and the late Bonita Mae Bridges Thomas. He was a builder and did housing construction. Larry was an avid hunter, and enjoyed gardening, fishing, and wood splitting. His life was his grandkids. Larry was a member of House of Prayer Church in Blairsville.

Funeral services have been scheduled for Friday, October 15th, 2021, at 11:00 a.m., to be held at the House of Prayer Church, with Rev. Nathan Helton and Rev. Jerry Helton officiating. Special music will be presented by Scott Lance. The following gentlemen have been selected to serve as pallbearers: Henry Shaw, Bill Dyer, Curtis Dyer, Keaton Dyer, Terry Helton, James Bridges, Scotty Helton, and Robert Bridges. Burial will be in Zebulon Baptist Church Cemetery.

If you wish, memorial contributions may be made to The Gideons International, P.O. Box 521, Blairsville, Georgia 30514.

Arrangements have been entrusted to the care of Cochran Funeral Home of Blairsville. Please share your condolences with the family online at www.cochranfuneralhomes.com.
To order memorial trees or send flowers to the family in memory of Larry Eugene Thomas, please visit our flower store.