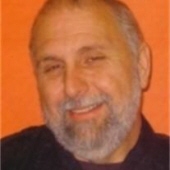 Michael Anthony James, age 52 of Murphy, passed away Wednesday, March 25, 2009. Michael was born Thursday, January 24, 1957 in Cherokee County to Arthur O. James and the late Sue Derrberry James. A member of Marble Springs Baptist Church. He worked as a paramedic since 1984 in Swaine and Cherokee

Arrangements entrusted to Cochran Funeral Home of Murphy. You may send condolences to the family and sign the guest register at www.cochranfuneralhomes.com.
To order memorial trees or send flowers to the family in memory of Michael Anthony James, please visit our flower store.