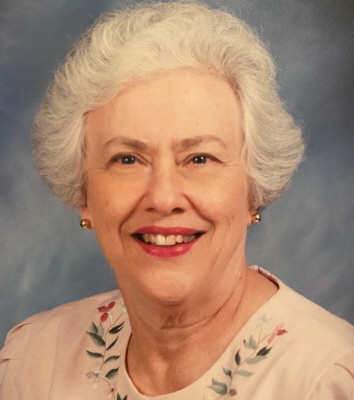 Cochran Funeral Home and Crematory of Blairsville announces the death and funeral services for Mrs. Patsy Puett Efird, age 82, of Blairsville, who passed away Monday, July 12th, 2021 at her home following an extended illness.

Mrs. Efird was a daughter of the late Jarvis Cline Puett and the late Ruth Greene Puett. She was a native of Hiawassee, Georgia, and lived in Atlanta for 10 years, and then moved back to her beloved mountains of North Georgia. Mrs. Efird was a registered nurse, and had served as Director of Nursing at Union General Hospital for over 30 years. She had started out at Towns County Hospital and worked for one year, and then went to work at Union General Hospital, from which she retired. She served on the Union General Hospital's Board of Directors for twelve years. Patsy was a member of First Baptist Church of Blairsville and was very involved with her church. For many years, she served as a Sunday School teacher, sang in the choir, and served on various committees.....She was preceded in death by her husband, Neal Efird.

Mrs. Efird was dearly loved by many and will be missed by all who knew her. Family members include: son and daughter-in-law, Steve and Kathy Efird; daughter and son-in-law, Susan and Tommy Brown, all of Blairsville; daughter and son-in-law, Lynn and Dean Staples, of Gainesville, Georgia; sister and brother-in-law, Peggy and Ernest Norton, of Houston, Georgia; sister-in-law, Jeri O'Brien; grandchildren: Michael Efird, Matthew Efird (Hannah), both of Jefferson, Georgia; Whitney Herrera (Michael), of Chattanooga, Tennessee; Blake Brown (Taylor), of Blairsville; Courtney Staples, of Gainesville; and MacKenzie Staples, of Chattanooga; six great grandchildren also survive.

Funeral services have been scheduled for Friday, July 16th, 2021, at 2:00 p.m., to be held at First Baptist Church of Blairsville, with Dr. Fred Lodge officiating. Special music will be presented by Rev. Terry Hooper and Mrs. Jackie Hill. The following gentlemen have been asked to serve as pallbearers: Blake Brown, Michael Efird, Matthew Efird, Dean Staples, Tommy Brown, and Steve Efird. Burial will be in Harmony Grove Baptist Church Cemetery, where she will be laid to rest beside her husband Neal.

Flowers are gratefully accepted, or if you wish, memorial donations may be made to your choice: The Gideons, or First Baptist Church of Blairsville Music Ministry.

Arrangements have been entrusted to the care of Cochran Funeral Home and Crematory of Blairsville. Please send your condolences and sign the online guest registry at www.cochranfuneralhomes.com.
To order memorial trees or send flowers to the family in memory of Patsy Puett Efird, please visit our flower store.