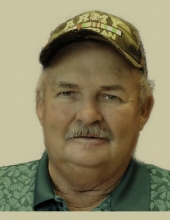 Paul James “Jim” Smith, age 76, of Leesburg, FL, died June 17, 2021 in
Murphy, NC. He was born September 11, 1944 in Springfield, IL to
Helen Elizabeth Miller Smith and Paul Leo Smith.
He is survived by Donna Smith, his wife of nearly 56 years; his son,
James Smith of Pawnee; his daughter, Dr. Jamie (Steve) Ikeda of
Windemere, FL; his five grandchildren, Megan, Olivia and Lauren Ikeda,
and Evan and Ryan Smith; his sister, Diana Hester of Springfield, IL;
and his furry companion, Millie.
He was preceded in death by his parents and most recently by his
daughter-in-law, Rhonda R. Deavult-Smith, of Pawnee, IL.
Jim attended high school in Springfield, IL. He married Donna Smith on
July 2, 1965 in Springfield, IL. SGT Smith served in the United States
Army from 1966 through 1968 which included a tour in Korea. A
bricklayer by trade, Jim was a member of BAC Local 8, retiring in 2006
from Toenjes Brick Contracting in Columbia, IL. Prior to that, he worked
many years for Pulliam Masonry in Springfield, IL.
He had a number of hobbies ranging from golf to fishing to RVing. His
life-long interest in go-karting culminated in a National Points
Championship win in 2013 at the age of 69. He was also a sports
enthusiast with a passion for every sport his children and grandchildren
participated in: golf, baseball, soccer and basketball.
Jim talked to literally everyone: the parents at sports events, the person
standing in line for checkout, those attending the neighborhood morning
coffee group. He never knew a stranger. Outgoing and friendly with an
easy laugh, he rarely used the phone, instead preferring person-toperson
contact. His joy was in taking care of others, even if it meant
driving a “junk” car for years so he could afford to give his kids
opportunities. He put others first. Those are just some of the reasons he
was truly a good man.
Cremation rites will be accorded. Burial will be in Camp Butler National
Cemetery, Springfield, IL on August 6, 2021 at 11:00 a.m.
Memorials may be sent to a local charity of your choice.
To order memorial trees or send flowers to the family in memory of Paul James Smith, please visit our flower store.