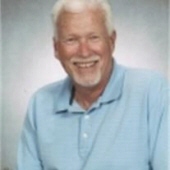 Bob was born in Minneapoilis, Minnesota to the Late John and Barbara (MacFerran) Lambert. He had lived Hayesville and Hiawassee since moving to this area in 1989, and had worked as a car salesman at Jacky Jones C.D.J in Hayesville. He was a member of Hiawassee United Methodist Church, and the Christian Motorcyclist Assoc. Bob was very instrumental in organizing the Youth Group at Hiawassee United Methodist Church, and had a great passion for the youth. He also was instrumental in starting the Jail Ministry in Towns, Clay and Union Counties.

A celebration of life service will be held Sunday, March 28, 2010 at 2:00 p.m. at the Hiawassee United Methodist Church with the Rev. Jim Blair officiating.

The family will receive friends following the service in the Church Felloship Hall.

The Cochran Funeral Home of Hiawassee, GA in charge of arrangements. You may send condolences to the family and sign the guest register at www.cochranfuneralhome.com.
To order memorial trees or send flowers to the family in memory of Robert John (bob) Lambert, please visit our flower store.