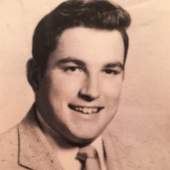 Robert Russell Stewart, age 82, of Hiawassee, GA, passed away Wednesday, April 11, 2018. Mr. Stewart (Bob) was born in Hazard, KY to the late Reuben Henry Stewart and Flora May Culbertson Stewart on April 21, 1935.
Bob was a language teacher who spent 33 years at Clarkston High School where he especially enjoyed teaching French. He loved all things French, including taking groups of his students to see Paris, the French Riviera, and many other places in Europe. The son of a minister in the Christian Church (Disciples of Christ), Bob was a long-time member of Avondale Pattillo United Methodist Church and was currently a member of Sharp Memorial United Methodist Church in Young Harris, GA. Bob was a graduate of O'Keefe High School in Atlanta where he excelled in basketball and other sports. An Emory University alumnus, Bob was a member of the Emory Glee Club and enjoyed spending time in the university's language lab. It was there that he met, and later married, his college sweetheart and the love of his life, Norma Jean Smith (Stewart). Early in their marriage, Bob served in the United States Army. A man with many interests, Bob loved music and singing and was known to stroll through the mall, singing or whistling. He also enjoyed boating on Lake Lanier and Lake Chatuge and was the proud owner of many boats. Bob loved his dogs, cats, and other animals that visited their backyard. He also liked photography and sharing his favorite pictures with those who came to visit. He never met a stranger and was always ready with a smile, a kind word, or a pun.

Bob is now reunited with his parents and brother Richard Henry Stewart as well as several dear friends. He will be remembered by all who knew him, but especially missed by his wife of 60 years, Norma Smith Stewart; 3 children, Mr. Robert Russell Stewart, Jr. (Beverly); Cynthia Stewart Stauffer (John); Susan Stewart Parker; grandchildren, Amy Stewart, Joseph Stewart, John Stauffer, Jr., Jamie Stauffer, Jonah Stauffer, Julia Stauffer, Christian Parker (Whitney), and Cole Parker. A heartfelt thank you to Hank, Ned, and Laura Jane Stewart who provided special care and comfort during Bob's illness, as well as Nicol Dockery and the Hospice staff. Bob's family is also grateful for all his students and life-long friends in Clarkston and Hiawassee.
There will be a Memorial Service on Saturday, April 28, 2018, at 2:00 p.m. at the Sharp Memorial United Methodist Church in Young Harris, GA. The family will receive friends after the service at the church.

Cochran Funeral Home of Hiawassee is honored to serve the family of Mr. Stewart.
To order memorial trees or send flowers to the family in memory of Robert Russell Stewart, please visit our flower store.