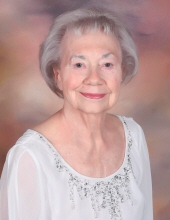 On April 11, 2021, Blairsville & the North Georgia Mountains and the earth lost a feisty, funny, ambitious, strong, and independent lady. Susan “Sue” Schafer DuPree passed away peacefully in her home. She had entered this world 81 years prior and spent the first half of her life in South Florida, near her hometown of Vero Beach and later in Miami.

In Florida, she worked as an administrative assistant for Barnett Banks. In 1973, she married the love of her life, Thomas O’Hagan DuPree, Jr. When they met, Tom was a successful contractor, but that was most likely not what Sue found most attractive about him. They both had more than a yen for adventure between them. In the early 1970’s and 80’s both Tom and Sue raced sports cars competitively. A half century ago, a female race car driver, especially one that barely weighed 100 pounds, was an anomaly. That didn’t deter Sue. When her championship driving days were over, she loved sharing with her friends the memories of her competitions.

During those racing years, the DuPrees discovered the North Georgia Mountains and visited frequently staying at Trackrock Campground. They eventually built a home in Blairsville, moving permanently in 1988. Though this was home base, the explorations continued for this “Lewis and Clark” like duo as they camped in motorhomes in all 49 contiguous states and across Canada.

Sue, an only child, was predeceased by both her parents at a young age and by her husband, Tom, who passed in 2008. During their time at Trackrock, Sue met her dear friend and “daughter of the heart”, Debbie (Alexander) Barber. These two began to travel internationally together. In her home Sue kept a wall map with pins noting every country she had traveled on every continent. She went to Alaska six times. And though she explored Antarctica by sea on two different occasions, she was awed with the life of penguins on that continent and was quick to tell you she was ready to go on any trip at a moment’s notice.
When Sue took time to stay in Blairsville and get her “sea legs” before heading out on the next journey, she loved to help others. She immensely enjoyed her volunteer work and the gals she worked with at the Blairsville offices of Homestead Hospice.

Sue continued to explore even if it was just the miles she walked every day, enjoying the outdoors or on her treadmill. She was a voracious reader. She was also an avid cross-stitcher for many years, until her arthritis became an issue. She treasured her flowers, though she had no interest in gardening them herself! She loved people, engaging in conversations with strangers just to find out something interesting about the people and the world around her.
Sue is survived by Debbie, countless friends, 3 step-children, 8 step-grandchildren and many step-great-grandchildren. The many who have had the privilege of calling her “my friend” will miss her warm, caring and frequent hugs the most.

A celebration of a life well-lived and worth emulating, will be held at a later date. If you would like to make a donation in Sue’s memory, please consider donating to Cast Off Critters or your local animal shelter.

Arrangements entrusted to Cochran Funeral Home & Crematory of Blairsville.
To order memorial trees or send flowers to the family in memory of Susan Dupree, please visit our flower store.