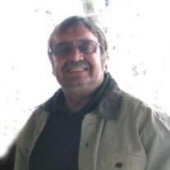 Terry Allen Davis, age 61 of Morganton, passed away Sunday Morning November 9, 2014 at his home. He was born October 25, 1953 in Blue Ridge, GA to the late Paul Frank and Maxine Davis. He was a member and former Sunday School teacher at Toccoa Baptist Church, he enjoyed spending time with family. He was preceded in death by brother, John Davis.

Arrangements entrusted to the Henry-Cochran Funeral Home of Blue Ridge, GA. You may send condolences to the family and sign the guest register at www.cochranfuneralhomes.com.
To order memorial trees or send flowers to the family in memory of Terry Allen Davis, please visit our flower store.