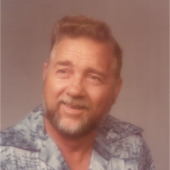 William A. Freeman, Sr., at the age of 84, of Murphy, NC, passed away peacefully in his sleep Sunday, October 7, 2018, at Clay Care Care Center in Hayesville, NC. Mr. Freeman was born October 30, 1933, to the late Alvin E. Freeman and Ada Norris Freeman.

Bill was in the Air Force Military for Twenty-two years as a Flight Engineer and also as an instructor for sixteen years at Emory Riddle University in Daytona Beach, Florida. He was a deacon at Liberty Baptist Church in Murphy, a devoted husband, and father. Bill never met a stranger and his home was always opened to family and friends. He was deeply loved and will be missed by many. His biggest passion was flying and his family.

A celebration of his life will be conveyed to the family and friends at a later date.

Arrangements entrusted to the Finch-Cochran Funeral Home Murphy, NC. You may send condolences to the family and sign the guest register at www.cochranfuneralhomes.com.
To order memorial trees or send flowers to the family in memory of William Alvin Freeman, please visit our flower store.