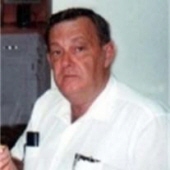 Cochran Funeral Home and Crematory of Blairsville announces the death and funeral services for Mr. William Rutherford Schober, age 76, of Blairsville, who passed away Thursday, February 25, 2010.

Mr. Schober was born on January 10, 1934, a son of the late William John Schober and Jane Elizabeth Gray Schober. He was a veteran of the U.S. Army and U.S. Air Force. He was a member of The House of Prayer and was a deacon there. Mr. Schober had served as treasurer of the local Gideons International for the past 6 years. Besides his parents, Mr. Schober was preceded in death by his brother, Jack Ulrich.

Visitation will be on Sunday, February 28, 2010, at The House of Prayer, for one hour prior to the service.

If you wish, memorial contributions may be made to The Gideons International, or to The House of Prayer Building Fund.