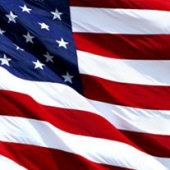 Mr. Zygmunt Joseph Pawlak, age 67 of Suches, passed away November 14, 2014 in Blue Ridge, GA. Mr. Pawlak was born November 25, 1946 in Hamtramck, MI to the late Zygmunt Pawlak and the late Angeline Pawlak. He served his country in the U.S. Army during the Vietnam War, and worked for Lockheed Martin as a machinist until retirement. He lived in Acworth, GA before moving to Suches, GA. He was preceded in death by father, Zygmunt Pawlak and mother, Angeline Pawlak.

He was a loving husband, father and grandfather who enjoyed spending time with grandchildren, hunting, fishing and shooting.

Arrangements entrusted to the Henry-Cochran Funeral Home of Blue Ridge, GA. You may send condolences to the family and sign the guest register at www.cochranfuneralhomes.com.
To order memorial trees or send flowers to the family in memory of Zygmunt Joseph Pawlak, please visit our flower store.