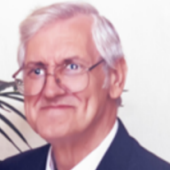 Henry-Cochran Funeral Home of Blue Ridge announces funeral services for Rev. A.J. Heaton, age 87, a native and lifelong resident of Mineral Bluff, Georgia, who went into the presence of the Lord on Saturday, December 28th, 2019 in Union General Hospital in Blairsville, Georgia.

A.J. was named after his two grandfathers, Adam and Jeffery. He was the son of the late S.V. Heaton and Jessie Nichols Heaton and was born in 1932 in Mineral Bluff. He was a graduate of UGA, and was very proud of that; he enjoyed watching sports on TV, especially football, and especially when the Bulldogs were playing! A.J. served in the U.S. Army and was stationed in Germany during the Cold War. A.J. and his brothers and sisters loved to play basketball, and they were pretty good at it. A.J. always said that Gerald, his brother, was a better basketball player than he was! He had many fond memories of growing up in Mineral Bluff, and the many friends and neighbors that were near and dear to his heart. He loved to reminisce about old times, and his growing up, and the cakes his mother would make at Christmastime and how good they were! He was called to preach at age 19, having heard the Lord pressing on him to do so many times, but did not surrender to the call until years later. A.J. pastored several churches during his life in the Mineral Bluff, Culberson, and McCaysville areas for about 35 years. He had a great love for his church members, and was always going into his spare bedroom and getting on his knees before God in prayer for their needs. During his lifetime, he was a school teacher and a football coach, both of which he looked back on fondly. He was also an insurance agent, and enjoyed talking with people and witnessing to them when he could. He will be missed so much, especially during Christmas, where he would lead the singing and have someone read the passage from Luke 2. His best advice that he would pass on was "Always be humble and kind.", and "Love God, love everybody."

Funeral services have been scheduled for Wednesday, January 1st, 2020, at 2:00 p.m., to be held in the Chapel of Henry-Cochran Funeral Home in Blue Ridge. Special music will be presented by Austin O'Neal. The following gentlemen will serve as pallbearers: Ryan Goswick, Daniel Cochran, Brandon Burkhead, and Max Cochran. Burial will be in Hot House Baptist Church Cemetery, where he will be laid to rest beside his son, Markie, and his wife, Rachel.

The family will meet with friends on Wednesday, January 1st, starting at 1:00 p.m. at the funeral home in Blue Ridge.

The family wishes to especially thank the staff at Union County Nursing Home and Dr. Sanders, for their loving care of A.J. through the years he was a resident there. He had a great love for you all. We owe you a debt we cannot pay.

Arrangements have been entrusted to the care of Henry-Cochran Funeral Home of Blue Ridge. Please share your condolences and fond memories with the family on our website, www.cochranfuneralhomes.com.
To order memorial trees or send flowers to the family in memory of A.J. Heaton, please visit our flower store.