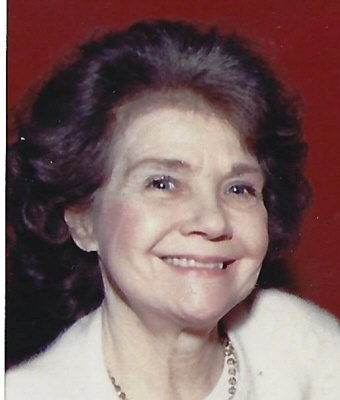 Alice was born January 27, 1923, the second of 9 children including 2 brothers (1 of whom died before he was 5) and 6 sisters. During World War II, she & her older sister remained in London with their Dad; her oldest sister was killed during a bombing. Her “Mum” & the younger children were sent out to the country to safety. She was an English war bride who stayed in London until her husband, Francis W. Lundgren completed his tour of duty & returned to the U.S.; they first lived in northern Iowa for 15 years after moving to the states in June, 1950. Their family grew to include one son, and 4 daughters and eventually, 7 grandchildren (3 girls & 4 boys) , and 3 great-grandsons. Alice was committed to Christ & her Anglican Church of England. She retained her British accent and citizenship, routinely traveling to England every 4/5 years to enjoy her family members still there. Quality Street toffees remained a life long treat. Alice worked for H. J. Heinz as an administrative assistant in the Engineering Office for 25 years, retiring in 1990. She continued to live in the same Wilton, Iowa home for over 40 years
even after Fran passed away in 1991. She was an elegant lady who enjoyed fine clothes always including high heels. She was frugal, enjoying knitting sweaters for her children & herself, but was also generous to others. She passed away on Friday, July 30th, 2021.

Arrangements entrusted to the Henry-Cochran Funeral Home of Blue Ridge, GA. You may send condolences to the family and sign the guest register at www.cochranfuneralhomes.com.
To order memorial trees or send flowers to the family in memory of Alice Ellen Lundgren, please visit our flower store.