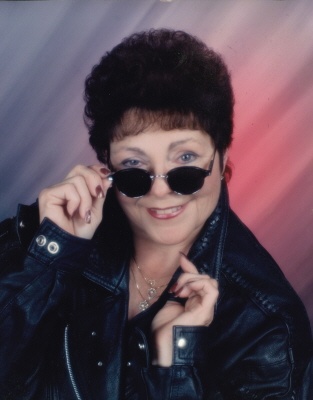 Amelia was born in Gainesville, FL and graduated from Gainesville High School in 1967. She had an LPN license from two years at Santa Fe Community College. She worked at Alachua General Hospital until a back injury forced her to resign. She then went to work for Nationwide Insurance, coding medical procedures on claims until she retired in 2000. While in Gainesville, she was active in Daughters of the Nile.

She moved to Murphy in 2000 and became a Customer Service manager at Walmart 515, retiring in 2016. While in Murphy, she joined the Lions Club and became active in Peachtree Memorial Baptist Church. After she married David Turpin, she was also active in Shepherd of the Mountain Church.

She passed away at Murphy Rehabilitation and Nursing Home after a long bout with Alzheimer's disease.

She is survived by a brother, Richard William Carrell (and wife Brenda Smith), and a half brother, Richard Ray Carrell. She had no children except step children and grand children. She had two step daughters Krista L. Turpin, of Georgia, and Katherine M. Turpin, of Colorado (and husband Andrew Blackmun). Her step grand children are Elizabeth, Christian, and Benjamin Blackmun, of Colorado. Her first loves were Scotty and the Poodle dogs. She is survived by Tucker (Papillon Shih Tzu) and Lola (Bi Chon).

The celebration of her life will be at Shepherd of the Mountains Church, February 12, at 1:00 p.m. There will be no graveside service.

She was preceded in death by her grandparents and parents, William O. Carrell and Earnesteen Neal Carrell.

Cochran Funeral Home of Murphy in charge of arrangements.

To order memorial trees or send flowers to the family in memory of Amelia Mae Carrell, please visit our flower store.

Sheperd of the Mountains church