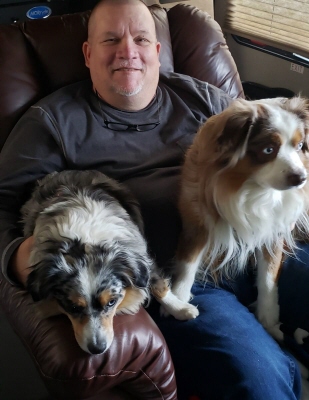 Andrew George Kovalcik, age 57 of Morganton, GA, passed away Sunday, September 5, 2021, at his home. Andrew was born August 25, 1964, to the late George Kovalcik and the late Caroline Wiest Kovalcik. He was the proud owner of Blue Ridge Mountain BBQ and a member of the Barbecue Association. Andy’s Greatest joy’s in life was his wife, children & dogs. He loved to cook bbq, fishing, and everything about living his dream of being a restaurant owner in Georgia. He will be deeply missed by his family & all who knew him.

Arrangements entrusted to the Henry-Cochran Funeral Home of Blue Ridge, GA. You may send condolences to the family and sign the guest register at www.cochranfuneralhomes.com
To order memorial trees or send flowers to the family in memory of Andrew George Kovalcik, please visit our flower store.