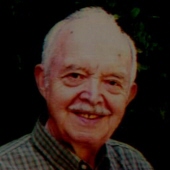 Wylie Arlus Craig, age 85, of Kennesaw, Georgia passed away Tuesday morning, April 28, 2020. He was a beloved husband, father, grandfather (Papa), great-grandfather and brother and will be missed by many. He was a lifelong resident of Georgia, born on January 11, 1935, to Avery and Stella Craig in Hemptown, Georgia. After graduating high school, Arlus traveled to Ohio looking for work but soon returned and began his 41-year career at Lockheed Martin in Marietta, Georgia in 1955, retiring in 1996 as a Tooling Inspector. He was an author and inventor with many hobbies and interests which included gardening, photography and machinery of all types, especially his tractors.
Arlus is survived by his wife of 64 years, Mary Sue Craig; Daughters and son-in-law's: Naomi and Rodney Fields, Martha and Donald Schrader, Helen and Paul McIntosh; Son and daughter-in-law: Albert and Marian Craig; 16 grandchildren; 3 great-grandchildren and his brother, Reuben Craig.
He was preceded in death by his parents: Avery and Stella Craig; and Brother: John (Armal) Craig
Pallbearers include: J.W. Bryant, Lonnie Cole, Tommy Cole, Tommy Free, Matthew McIntosh and Phil Thompson
A private Graveside Service will be held, with a memorial service at a later date for family and friends to celebrate Arlus's life.
To order memorial trees or send flowers to the family in memory of Arlus Craig, please visit our flower store.