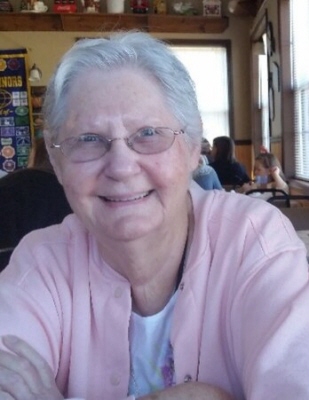 Mrs. Brendle was born on March 20th, 1936 in Macon, North Carolina to the late Grover W. Smith, Sr. and Marjorie (Gass) Smith. Betty was a member of the Blairsville First Baptist Church. She worked as a waitress at the Blairsville Restaurant and Babysat for many years. Betty loved animals and never met a stranger. She is preceded in death by her Husband, John “J.B.” Brendle, Jr, son, John Brendle III, and brothers, Clyde Smith and James Smith.

The family will receive friends from 1:00pm until the service hour of 2:00pm at the Cochran Funeral Home of Blairsville.

Flowers are being accepted, or donations can be made to the Union County Meals on Wheels Program at 95 Senior Citizen Dr. Blairsville, GA 30512 in memory of Mrs. Betty Brendle.

Arrangements are entrusted to Cochran Funeral Home & Crematory of Blairsville.
To order memorial trees or send flowers to the family in memory of Betty Jean Brendle, please visit our flower store.