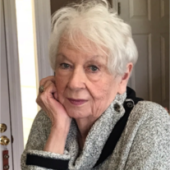 Mrs. Beverly Brimer Bolsius, age 86 of Hiawassee, passed away after a struggling hospice in her mountain home Saturday, October 26, 2019.

Beverly was born in Atlanta, Georgia on September 10, 1933 to the late Aubrey & Margaret Brimer. The loss of her younger sister at the age of 10 made a big impact on her perspective of life. It was from that moment that she became intentional with her life. Her high school years were full of accomplishment some of which include serving as class officer and majorette of the band. It was also here that she met her future husband, Gene Bolsius. After high school, she attended business school and worked for the State of Georgia Health Department. Later, she reconnected with Gene and they began a solid marriage and life of adventure!

It is said behind every great man is a great woman. She was the epitome of that idiom. Bev had a certain charisma about her. When she entered the room her presence was instantly known- she was the life of the party. Her hilarious sense of humor and style allowed her to quickly form genuine connections with people. Through Gene's career, they were able to live all over the world from Tokyo to Hong Kong and Buenos Aires. These locations served as jumping off points for the rest of their globe-trotting adventures as they enjoyed a full retirement traveling the world. Bev was extremely organized and patriotic. She even coupled these attributes volunteering to host and entertain troops overseas.

A Memorial Service will be held at 1 pm on Thursday, October 31, 2019 from the Chapel of Cochran Funeral Home with Chaplain Greg Bailey officiating. The family will gather together with friends prior to the service beginning at noon.

Arrangements entrusted to Cochran Funeral Home of Hiawassee.
To order memorial trees or send flowers to the family in memory of Beverly Brimer Bolsius, please visit our flower store.