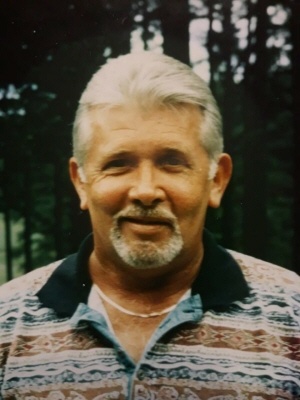 Billy "Bill" Donavon Goss, age 78, owner of the Yellow Jacket Restaurant, went home to be with Lord Friday, November 5, 2021. He was born on June 2, 1943, to the late Brent C. Goss and the late Rosa Lee Wilson Goss. Bill and his wife, Joyce, first met at the McCaysville Tasty Freeze in 1965, on a Saturday night. They both had come home from their jobs in Atlanta. After three and one-half months of a whirlwind courtship, they married. A year later. Bill was drafted into the Army during the Vietnam War. He was stationed at Fort Cronkhite in San Francisco, CA, as a Nike Radar operator at a sight located over the Golden Gate Bridge. After serving his country for two years, Bill and Joyce returned to their former jobs in Atlanta. He worked at General Motors for a couple of years until Bill and Joyce came back to the mountains and purchased from his Aunt Sarah the Yellow Jacket Diner. The business started growing, and it became a very successful restaurant. Bill was well known for his grilled steaks! Bill and Joyce owned and operated the Jacket for forty-five years. They then decided to retire on January 31. 2015. Bill is preceded in death by his parents and infant brother and sister.

According to Bill's wishes, he will be cremated. A private family memorial service will be held.

Arrangements entrusted to the Finch-Cochran Funeral Home, you may send condolences to the family and sign the guest register at www.cochranfuneralhomes.com.
To order memorial trees or send flowers to the family in memory of Billy (Bill) Donavon Goss, please visit our flower store.