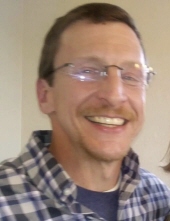 When Billy was at his best, he was a fun, loving, and giving husband, father, son, brother, uncle and friend. He was always up for playing games with his kids and nephews, and spending time with them. He had remarkable artistic abilities, and he loved motorcycles and animals. Although, he and God did not always see eye-to-eye, he believed in Jesus Christ and proclaimed His salvation which is the comfort we are left behind. He was loved by so many and will be missed by them all. He is preceded in death: Father, Samuel “Sam” Smith and Wife, Michelle Dyer Smith, both of Blairsville, GA; grandparents, White & Imogene Smith of Knoxville, TN and Winston & Hazel McDonald of Murphy, NC

A Memorial Service will be held on Friday, September 25, 2020 at 11:00am from the Cochran Funeral Home Chapel in Blairsville, GA. The family requests, in lieu of flowers, that direct donations be made in memory of Billy Smith to New Hope Counseling of Blairsville, 76C Hunt Martin, Blairsville, GA 30512 for drug rehabilitation services needed in the area.

Arrangements are entrusted to Cochran Funeral Home & Crematory of Blairsville.
To order memorial trees or send flowers to the family in memory of Billy Steven Smith, please visit our flower store.