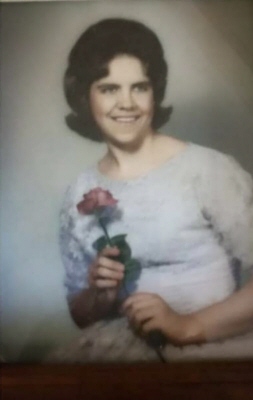 Mrs. Garrard was born in Marshall County, Alabama, a daughter of the late T.B. Owens and the late Estelle Collins Owens. Brenda was a lifelong resident of Clay County, North Carolina, and was a member of Andrews Church of God. Brenda will be remembered as a person who always put everyone else first, and never saw any bad in anyone.

Funeral services have been scheduled for Monday, July 12th, 2021, to be held at 2:00 p.m., in the Chapel of Cochran Funeral Home of Hiawassee with Rev Gary Ashe officiating. The following gentlemen have been requested to serve as pallbearers: Carl Edwards Jr., Jeff Edwards, Ashton Owens, C.J. Owens, Samuel Utt, Seth Utt, and Jaron Utt. Honorary Pallbearer will be Devin Reece. Burial will be in Hillcrest Assembly of God Cemetery in Hayesville.

Visitation will be held at the funeral home beginning at 12 noon, on the same day of the funeral service.

Arrangements have been entrusted to the care of Cochran Funeral Home of Hiawassee. Please share your condolences and sign the online guest registry at www.cochranfuneralhomes.com.
To order memorial trees or send flowers to the family in memory of Brenda Gail Garrard, please visit our flower store.