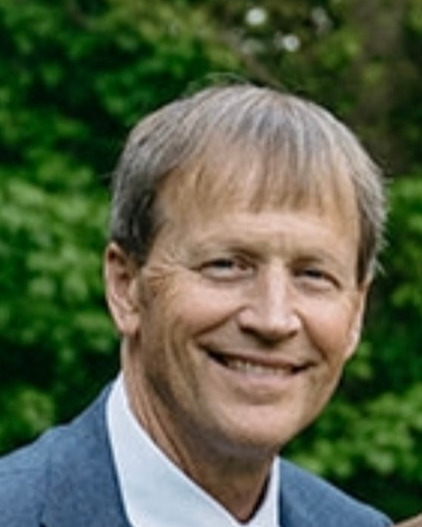 Bruce Richard Foster, 61, returned home to God’s eternal glory on Thursday, November 17, 2022 after a tragic accident at his home in Morganton, Georgia. Bruce was a man of deep faith who loved God and his family well.

Bruce was born in Staton Island, New York on September 18, 1961 to Richard and Marilyn (Stride) Foster.

He grew up in Newtown, PA where he became an Eagle Scout and graduated from Council Rock High School in 1979. He joined Pi Kappa Phi fraternity at Penn State University where he received a BS in Business Logistics in 1983. That’s where he met the love of his life, BJ Paulk. They married on September 22, 1984 and moved to Colorado. He spent most of his career in commercial construction with PKF Mark III and Whiting-Turner Construction companies. With his job, they lived in Arizona, Pennsylvania, Virginia, and Florida where they raised their 3 wonderful children, Shane, Victoria, and Bobby. Bruce derived great joy and pride from raising his kids, being involved in their lives, and supporting their goals and dreams. He was truly an amazing father.

Coaching little league football, traveling, and serving others were his greatest passions. He loved football and the opportunity to impact the lives of so many young men while coaching for almost 20 years. Bruce loved to see the world with his wife and family. They were blessed to visit many countries in Europe and the Caribbean.

His faith led him to a life of serving others. He called Covenant United Methodist Church in Port Orange, Florida his church home where his wife, Reverend Bette-Jo (BJ) Foster, served as the pastor before they moved to Morganton, Georgia in April 2022. He served his church anyway he could, was a group leader for Bible Study Fellowship, and volunteered with Meals on Wheels, Habitat for Humanity, Red Bird Mission in Kentucky, International Christian Development Mission in Haiti, and Family Connection in north GA.

He lived his life serving God and others, sharing the love and grace of Christ to everyone he met. Bruce’s faith, kindness, work ethic, and compassion made him a role model, not only for his family, but for everyone around him. He was a good and honest man who will be greatly missed by all those who had the pleasure of being touched by his life.

Missing him are his wife Rev. Bette-Jo (Paulk) Foster, children, Shane (Katie Sallee), Victoria, and Robert. He leaves behind his mother, Marilyn (Stride) and a brother Erik (Kathleen Griffin), and two sisters Karin (Terry – deceased) Hillegas and Kristin (Roger) Glover. He is also survived by his mother-in-law Joanne (McKnight) Behr, sisters-in-law Mayme (Steve Carter) Paul and Angela (Dr. Jim) Randolf, and a brother-in-law the Honorable George (Kathy Cowart) Paulk II. Bruce was also very loved by his many nieces and nephews. His pups, Little One and Mila Blue, already miss him terribly as well. He was preceded in death by his father Richard Foster, fathers-in-law George Paulk and Sam Behr, and brother-in-law Terry Hillegas.

In lieu of flowers, donations can be made in Bruce's memory to International Christian Development Mission (ICDM) which is a ministry in Haiti Bruce and BJ were involved with for almost 20 years. https://icdm.us/get-involved/. OR, the Lutheran Church of God's Love, Bruce's childhood church home, at https://godslovenewtown.org. There is a Donate button at the bottom of the home page.

Condolences may be sent to Rev. Bette-Jo Foster at bjfoster922@gmail.com.

To order memorial trees or send flowers to the family in memory of Bruce Richard Foster, please visit our flower store.