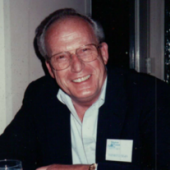 Charles Raymond Dean, age 82, of Crawley Gap Road, Blairsville, Georgia passed away January 7, 2020, with his family at his side in his home following an extended illness. He was born on October 16, 1937 in Danielsville, GA to that late Charlie and Mary Dean. Mr. Dean is survived by his loving wife of forty-two years Carmell Dean; daughters, Martha O'Kelley and her husband John O'Kelley of Monticello, GA, Judith King and her husband David King of Marietta, GA and Gloria Morris of Panama City, FL, step-son Terry Warren and his wife CaSandra Warren of Blairsville, GA, eight grandchildren (2 grandsons preceded in death) and 11 great-grandchildren.

Raymond was an Air Force veteran, served 25 years as a Master Mason of Young Cane Masonic Lodge , Blairsville, GA and worked at BellSouth for 36 years where he also volunteered with the Bellsouth Pioneers. He then began work as a Communication Consultant in Egypt and Mexico. Upon retirement he and Carmell moved to Blairsville to enjoy the mountains. They also spent twelve years traveling throughout the U.S. in their RV. Mr. Dean enjoyed the outdoors, being around the water and fishing. He attended Coosa Methodist Church in Blairsville.

Funeral services will be held at 11:00 a.m. on Friday, January 10, 2020 from the Chapel of Cochran Funeral Home with Pastor Bill Burch and Pastor Jack Cochran officiating. A Eulogy will be given by CMDCM Richard Dean (USN, Ret.). Interment will follow at New Harmony Baptist Church Cemetery in Blairsville. The following gentlemen have been selected to serve as pallbearers: Drew Schug, Daryl Green, Richard Dean, Bobby Dean, J.E. Corn, and CW2 Austin M. Dean. Eric King will serve as honorary pallbearer. In lieu of flowers, the family desires that donations be made to either Coosa United Methodist Church or New Harmony Baptist Church.

The family will receive friends at the funeral home on Thursday evening from 5 until 8 pm.