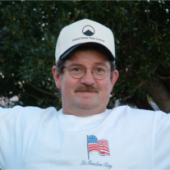 Charles Ronald Wiggins, age 67, of Ducktown TN, passed away unexpectedly of natural causes in early October 2019.
Ron was born in Nacogdoches TX. He moved to Tyner TN at age 13 and graduated from Tyner High School. He attended the University of Tennessee at Chattanooga. After UTC he began a career in industrial construction where he was involved in several major projects around the US.
He spent over 20 years working with Glenn Springs Holdings, Inc. which included the last 16 years as a Construction Supervisor on the Copper Basin Restoration Project. His contribution to the project over those 16 years was immeasurable. While supervising a wide range of activities including grading, construction, piping, and electrical work, his help to improve safety awareness on the project was certainly one of his largest contributions to his fellow workers. Every day was a safer day on the project due to Ron's involvement.
He was preceded in death by mother Essie Mae Harrell, father Charles Ray Wiggins, brother Donald Ray Wiggins, sister Carol Wiggins, and daughter Teressa Wiggins.
He is survived by wife Shelby Wiggins, brother Michael Wiggins, several nieces and nephews, and two granddaughters.
A Celebration of Life will be held at the Glenn Springs Holdings Ducktown office at a later date.
To order memorial trees or send flowers to the family in memory of Charles Ronald (Ron) Wiggins, please visit our flower store.