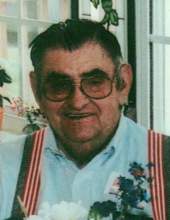 Charlie was a proud veteran with a career spanning World War II, the Korean conflict, and the Vietnam War. He served in two branches of the U.S. military, first in the U.S. Army and then reenlisting and spending over two decades in the U.S. Air Force. Charlie was an active veteran supporting and then serving as Commander of the local Disabled American Veterans.

Born and raised in Union County, Charlie attended Union County High School and Young Harris College. Following his years of military service, he lived with his wife and son in Broxton, GA, before returning to Blairsville in the late 1990s.

Survivors include his son, Rusty Hunter and his children Candice Tate and Janice Zajac, and his grandchildren Peyton and Jackson Tate, and Savannah and Colt Zajac. Charlie is also survived by his sister, Susie Souther, and his nieces and nephews.

Funeral Services will be held at 2:00pm on Saturday September 4th, 2021 from the chapel of Cochran Funeral Home with Rev. Richard Stillwell and Jack Dugger officiating and speaking. Music will be by Shirley and Sonny Dyer. Visitation will be held from 1:00pm until the funeral hour of 2:00pm. Interment will follow in the Choestoe Baptist Church Cemetery with military rites being held by the North GA Honor Guard.

In lieu of flowers, the family encourages gifts in Charlie’s memory to a veterans organization.

Arrangements are entrusted to Cochran Funeral Home & Crematory of Blairsville.
To order memorial trees or send flowers to the family in memory of Charlie Milford Hunter, please visit our flower store.