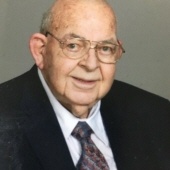 Kent is survived by his wife and high school sweetheart, Marna Smith Chapman, whom he adored and often wrote songs and poems to. They married on August 18, 1950, at Whitney Point Baptist Church, New York. Kent was a family man, a problem solver, an inventor, an author, and a poet. He was a partner with his dad on the family dairy farm and later they started Whitney Point Tractor, Inc. He became an independent trailer truck driver before taking over the Itaska farm when his father retired. Kent also taught welding and diesel mechanics in a high school vocational education program (BOCES). In 1980, Kent and Marna moved to Andrews, NC, fulfilling a long-time dream. Kent was a manager of A-4 Lumber in Robbinsville and later assisted his son, Jonathan, in establishing Andrews Truss Co.
Kent deeply loved his Lord and always had a prayer in his heart and a song on his lips. Following his lifelong passion that people know and follow Christ, Kent was always active in Christian work. He served as a deacon, a lay pastor and he was instrumental in founding Central Baptist Christian Academy while living in New York State. After relocating to North Carolina, Kent also co-founded Berean Christian Academy in Topton, NC, and taught Sunday School at Red Marble Baptist Church. Later in life, his focus was spreading the gospel through a Drive-in Christian Film Ministry in Andrews, NC.
Kent is survived by his loving wife of 69 years, Marna, his sister, Thelma Schneider and his seven children, Russell (Karin), Janet (Jerry Zayas), Laura (Timothy Fotusky), Kevin (Mary Beth), Jonathan (Holly), Dottie (Phil Close) and Eric (Cathy) whom he raised to honor and follow Christ. Kent left a spiritual legacy to his children, his 34 grandchildren, and his 54 great-grandchildren.

Calling hours will be from 12:00-2:00 at the First Baptist Church of Andrews, NC Saturday, June 13, 2020, with funeral to follow. Internment in Red Marble Baptist Church Cemetery.
Services to be officiated by Pastor Calvin Bobo of Andrews, First Baptist Church, Andrews, NC.
Memorial contributions may be made to the Gideons, a ministry that gives away bibles, online at hhtps://gideons.org/donate or call (615) 564-5000.
To order memorial trees or send flowers to the family in memory of Clyde Kent Chapman, please visit our flower store.