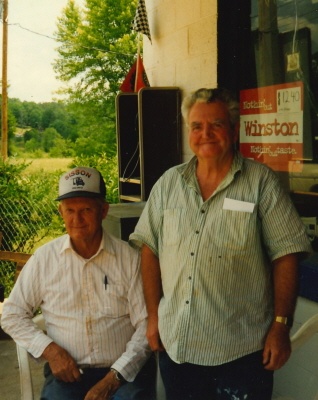 Coy Roosevelt Nix, age 89 of McCaysville, GA, passed away Wednesday, February 16, 2022, at his home.  Mr. Nix was born November 14, 1932, in Culberson, NC to the late Zeb Killian and the late Pauline Nix.  He was preceded in death by daughter, Joyce Nix Morgan. He worked for the U.S. Forestry Service for many years. Coy loved watching classic TV westerns and listening to classic radio shows and he enjoyed making billfolds for folks.

Arrangements entrusted to the Finch-Cochran Funeral Home of McCaysville, GA.  You may send condolences to the family and sign the guest register at www.cochranfuneralhomes.com.

To order memorial trees or send flowers to the family in memory of Coy Roosevelt Nix, Sr., please visit our flower store.