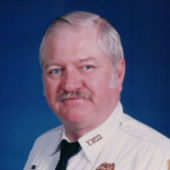 Jack was born in Tampa, Florida on March 21, 1943 to the late Cullen Felix Waters and Thelma Juanita (Smith) Waters. Jack served his Country in the United States Army during Vietnam from 1962-1965. Becoming fluent in Morse Code, he was at one point stationed in Shemya, Alaska intercepting communications. After military service, he completed a Bachelor's Degree from the University of Tampa. He then continued to serve his community in law enforcement with the Tampa Police Department. Jack worked the streets for most of his career, earning the rank of Sergeant and was affectionately called "Sarge" by his subordinates. An avid and skilled marksman, Jack shot in numerous competitions. After retirement, Jack worked in a civilian capacity for the TPD managing the Delayed Crimes and Forensics Investigation Units.

Volunteerism and service is a thread that ran through Jack's life. His quick wit and candid, unfiltered view of life always made things more interesting. Jack dedicated his time and talents to a variety of charities and causes including serving as long-time President of the Human Development Center in Tampa. He was very involved in his children's education and athletic extra-curricular activities, notably supporting the Hillsborough High School Crew team.

He left a mark on many over the years, but will especially be missed by his family: devoted wife of 35 years, Anna Waters; son & daughter-in-law, Cullen Waters, Jr. and Courtney; daughter, Rebecca Waters; daughter & son-in-law, Victoria White and Donald; and sisters, Karen Lynch and Janet Hoeksema. Also sharing in his legacy are his grandchildren: Mikayla, Jace, Joey, and Amelia.

Memorial Services will be held at 3:00 p.m. on Sunday, October 6, 2019 from the Chapel of Cochran Funeral Home with Rev. Roy Bateman officiating. The family will gather with friends from 2:00 p.m. until the service begins. Military Honors will be presented by the North Georgia Honor Guard.

Memorial contributions may be made in Jack's memory to your choice of either: The American Legion, Ira Weaver Post 121 and Auxiliary, P.O. Box 247, Blairsville, GA 30514; or Human Development Center, Inc., 3809 North Tampa Street, Tampa, Florida 33603.