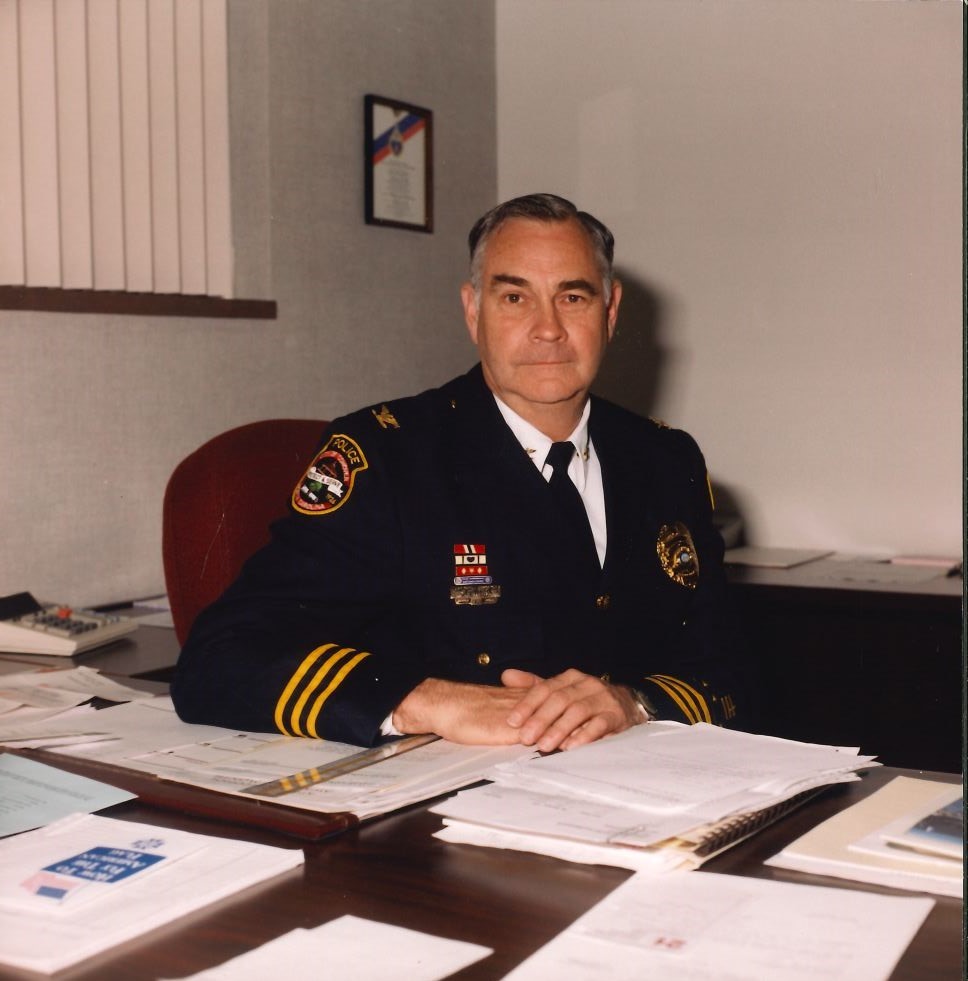 The journey was long and hard but the battle of pancreatic cancer is over. Heaven opened its door today and gave him peace.

Dale a 1957 graduate of Bunker Hill High School. He was a charter member of the St. Timothy Fire Department and a charter member of Catawba County Fraternal Order of Police. Retired in 1996 as Police Chief from Conover Police Department after 33 years of service. He was a friend and leader to everyone in the community and always made it a point to speak with everyone.

Preceded in death by his father Vernon R. Stewart, mother Leona C. Stewart, a sister Wilma Stewart Deal and also a number of half brothers and sisters.

A private celebration of life will be held at a later date. Memorials can be made to Camp Linn Haven Bridge Fund, P.O. Box 1096, Conover NC 28613 and also Four Seasons Hospice, 571 South Allen Rd. Flatrock NC 28731

Cochran Funeral Home is honored to serve the family of Dale Stewart; you may send condolences to the family and sign the guest register at www.cochranfuneralhomes.com

To order memorial trees or send flowers to the family in memory of Dale Stewart, please visit our flower store.