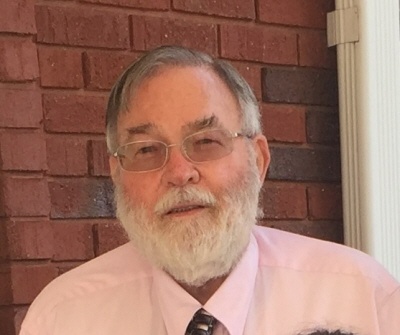 Daniel Lanier Bius, 75, of Murphy, North Carolina, passed away in the early hours of November 7, 2020.
Mr. Bius was born March 27, 1945, in Moultrie, Georgia, to the late Daniel Leon Bius and the late Lila Callaway Bius.
Mr. Bius spent his early years in the peanut fields of Worth County, Georgia, on a farm just outside the small town of Doerun. Though he referred to his childhood home as “the Promised Land” throughout his life, he left at age 17 to enroll in Berry College in Rome, Georgia, where he earned a bachelor’s degree in mathematics and chemistry—and met the love of his life, Joyce Lemons.
Mr. and Mrs. Bius married on August 28, 1966, and moved to Raleigh, North Carolina, so Mr. Bius could pursue graduate studies at North Carolina State University. In 1967, he took a position as a chemist at the University of North Carolina at Chapel Hill, School of Pharmacy, where he helped develop new medications for epilepsy and other disorders. In 1987, he earned the Order of the Long Leaf Pine, one of the most prestigious awards bestowed by the Governor of North Carolina, for his distinguished service to the state.
In the later years of his career, Mr. Bius worked for the North Carolina Department of Environment and Natural Resources, ensuring companies complied with state and Federal environmental regulations. He retired in 2003, and in 2008, Mr. and Mrs. Bius retired to Murphy, North Carolina, where they enjoyed hosting their children and grandchildren for visits. Mr. Bius managed his homeowners’ association and was a member of the Mountain Country Rod & Gun Club. He was an avid coin collector and loved to tell stories from his childhood on the farm to family and friends, remembering funny and touching details with remarkable clarity. He was also regularly consulted by friends and family on matters ranging from filing taxes to replacing appliances, and he never failed to lend a hand or wise counsel to anyone who needed it.
Mr. Bius is survived by his loving wife of 54 years, Joyce Lemons Bius, of Murphy; daughters Dana Leigh Bius and Tracy Bius Lynge (Christopher Lynge), both of Ellicott City, Maryland; and grandchildren Daniel, Reece, and Kara. He is also survived by two sisters, Preble Pate, of Albany, Georgia, and Claire Etheredge, of Doerun, Georgia; a sister-in-law, Faye Bius, of Doerun; and many nephews and nieces and great-nephews and nieces. He was preceded in death by his parents as well as his brother, William Leon Bius, and sister, Margaret Rivers.
Arrangements are being made for a memorial service in South Georgia in the summer of 2021. In lieu of flowers, the family requests donations to Berry College in Rome, Georgia, or the Diabetes Action Research and Education Foundation at diabetesaction.org.

To order memorial trees or send flowers to the family in memory of Daniel Lanier Bius, please visit our flower store.