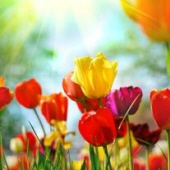 Deborah Thomas Allen, 67, passed away on December 17, 2019 at Northside Hospital in Atlanta surrounded by loving family. Debbie was born on March 13, 1952 in New York City to George Charles and Lucille Marie (Parker) Thomas. She was preceded in death by her parents and her husband Tony Allen.

Debbie grew up in East Point, GA and graduated from Russell High School in 1970. In that year, she was awarded the prestigious Paul D. West award as the top high school student in metro Atlanta. After high school, Debbie attended Georgia State University. She had a long and distinguished career in the computer software technology field as a systems analyst and software training consultant.

Arrangements have been entrusted to Cochran Funeral Home and Crematory of Blairsville. You may share memories and leave condolences at www.cochranfuneralhomes.com
To order memorial trees or send flowers to the family in memory of Deborah Thomas Allen, please visit our flower store.