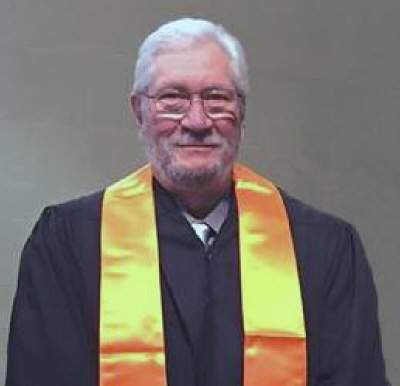 
Dewey Franklyn Wright of Eastman, GA passed away August ll, 2021
from complications due to injuries he received from an automobile
accident. He was surrounded by his loving wife of 57 years, Brenda
Darsey Wright, and his brother-in-law, Will Darsey, and sister-in-law,
Carol Darsey.

He was preceded in death by his Father, Reece Styring Wright, his
mother, Janet Wade Wright and his brother, Nathaniel Harrison
Wright.

Dewey grew up in Dodge County, GA. He was a graduate of Dodge
County High School, Georgia Southern University and Mercer School
of Pharmacy.

He is also survived by his grandson, Zachary Wilsson Wright, and his
granddaughter, Ansleigh Marie Wright as well as by five step-
grandchildren, Eli Chalfant, Holden Chalfant, JD Chalfant, Griffin
Chalfant and Tessa Chalfant.
Dewey was a loving husband, proud father and grandfather, and loyal
friend; all of whom were loved unconditionally. Family and friends
always came first for Dewey. He will be missed beyond words and
our world will be just a little darker without his loving light.

A Celebration of Dewey’s life will be announced at a later date.
Arrangements entrusted to the Henry-Cochran Funeral Home,
you may send condolences to the family and sign the guest register at
www.cochranfuneralhomes.com.
To order memorial trees or send flowers to the family in memory of Dewey Franklyn Wright, please visit our flower store.