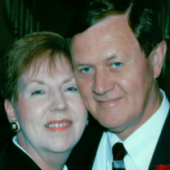 Mr. Dills was a native of this area, but had lived most of his life in Lilburn. He was a veteran of the U.S. Army, and served with the 101st Airborne. He was employed as an area manager for the U.S. Postal Service, and attended Mt. Pisgah Baptist Church in Warne, North Carolina. His wife, Sue Edwards Dills, preceded him in death, as well as his parents, Ruby Bell Dills and Halen Dills; and a brother, Dennis Dills.

Dickie had an infectious personality and influenced the lives of everyone he met in a positive way. Whether you knew him as a friend, neighbor, boss, uncle, or just plain "dad" he inspired you to be the best version of yourself and would not accept anything less than that. His work ethic and attention to detail were legendary whether in his personal life, professional life, or in one of the many classic Ford Mustangs he meticulously restored. This determination was rooted in a small-town upbringing, honed in the U.S. Army where he proudly served in the 101st Airborne during the Vietnam War, and became the basis for which he lived his entire life. Over the course of his 40 plus year career with the U.S. Postal Service, he received many accolades and accomplishments, and was respected by his peers that thought of him more as family. Dickie was a jack of all trades and most notably a master mechanic. He was known throughout the southeast and beyond in the classic car community as it pertained to his favorite of them all, the Ford Mustang. Of the many achievements in his life, none brought him more joy than being a husband to his wife of 43 years Sue Edwards Dills, and father to his son Matthew. After a courageous battle with Non-Hodgkin Lymphoma he has been reunited with his beloved wife, brother, parents, and many loved ones that came before his time. Dickie was truly a one of a kind man, and he will be greatly missed by family, friends, co-workers, and all of those who had the pleasure of knowing him.

Funeral services have been scheduled for Wednesday, December 18th, 2019, at 1:00 p.m., to be held at McConnell Memorial Baptist Church in Hiawassee. The family will meet with friends at the church on the day of the service, starting at 11:00 a.m. The following gentlemen have been requested to serve as pallbearers: Matthew Dills, Chris Payne, Eric Dills, Jackie Jones, David Dills, and Rick Cantrell. Burial will be in Burch Cemetery.

Flowers are being accepted for the service; however, if you wish, you may make memorial donations to Burch Cemetery, 980 Will Shook Road, Hiawassee, Georgia 30546.

Cochran Funeral Home of Hiawassee is honored to be serving the family of Mr. Dickie H. Dills. Please share your condolences and sign the online guest registry at www.cochranfuneralhomes.com.
To order memorial trees or send flowers to the family in memory of Dickie H. Dills, please visit our flower store.