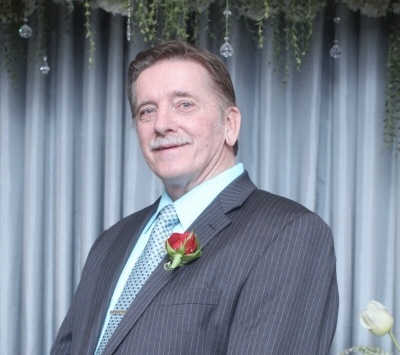 Donald Pollock was born on April 28, 1947 in Newton, MA, to Donald and Sadie Pollock.

Donald graduated from Weston High School in Weston, MA; and afterwards went on to earn his Architectural engineering degree at MIT College. He owned a construction business in New Hampshire, before later moving to Florida. His family had vacationed in Florida while he was growing up, and his brother, Peter, moved there before he followed. He worked for his brother, Peter, at Pollock Aluminum; before starting his own business, Don's Re-screening. Donald was most known for owning and operating San Casa Furniture for over 20 years in Englewood, FL. He then traveled for over 10 years with Planned Furniture Promotions doing furniture sales/management, before eventually retiring. He also enjoyed working at flea markets off and on, throughout his life; selling lamps, knick knacks, hammocks and all sorts of other items. He was hard working, outgoing and loved being around people.

Donald enjoyed spending time with his family, especially game nights and vacations. Donald was known to everyone as Papa. He was very generous; to family, friends and even strangers. He was known for his giving heart nature. He also enjoyed gardening, and sitting on his front porch in the mountains of NC, drinking his coffee and taking pictures of the wildlife. His favorite flowers were gardenias. And his favorite song was Amazing Grace, the version sang by Pentatonix and the version sang by Carrie Underwood.

Donald was preceded in death by Donald and Sadie Pollock - mother and father, and Walter and Peter Pollock - brothers.

Cochran Funeral Homes are honored to serve the family of Donald B. Pollock; you may send condolences and sign the online guest register at cochranfuneralhomes.com.

To order memorial trees or send flowers to the family in memory of Donald Bertram Pollock, please visit our flower store.