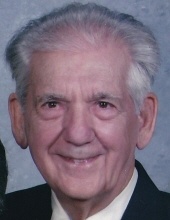 Don enlisted in the Navy during WWll, and was a Radarman assigned duty with the Marines landing planes in China. Following reserve duty he was recalled to active duty during the Korean War serving on the destroyer USS Stormes (DD780).

He has been married to his wife Laure for nearly 73 years. He spent his professional career as an educator. After obtaining his doctorate from the University of Florida he served as Director of Secondary Education for Palm Beach County, FL. Then he became a college dean and the first director of the Indian River Crime Lab on the campus of Indian River Community College, in Fort Pierce, FL.

His hobby and passion was sailing his 38’ schooner off the Atlantic coast until it was lost on a reef which led to his missionary work with his wife. They performed volunteer missionary work in NYC for two years then spent 14 additional years in Haiti as missionaries to include starting a medical program training locals to be medical workers. As far as we know, this program continues to this very day.

Funeral Services will be held at 2:00 p.m. on Friday, December 3, 2021 from the Chapel of Cochran Funeral Home with Pastor Marty Duncan officiating. The family will receive friends at the Funeral Home from 12 pm until the service begins. Interment will be held at Georgia National Cemetery in Canton, Georgia on Wednesday December 22, 2021 at 11:30 am with Military Honors presented by the United States Navy.

Arrangements entrusted to Cochran Funeral Home & Crematory of Blairsville.
To order memorial trees or send flowers to the family in memory of Donald Lee Peterson, please visit our flower store.