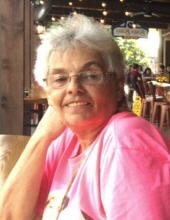 Donna Marie Howe, age 69 of Murphy, NC passed away on Thursday, January 21, 2021. Mrs. Howe was born February 3, 1951 in St. Charles Michigan, to the late Donald Utley and the late Marie Vacca. Donna and her husband have been a resident of Murphy, NC since 1990. She is preceded in death by her parents Donald Utley and Marie Utley and brother Duane Utley.

Arrangements entrusted to the Finch-Cochran Funeral Home of McCaysville, Ga. You may send your condolences to the family and sign the guest register book at www.cochranfuneralhomes.com.
To order memorial trees or send flowers to the family in memory of Donna Marie Howe, please visit our flower store.