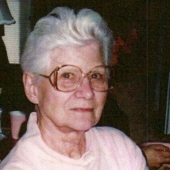 After graduating from Cawker City High School, Kansas in 1943, Dorothy moved to Wichita, Kansas and was hired by Boeing Military Airplane Company as a trainee and sent directly to the School of Engineering and Architecture at University of Kansas, Lawrence. After completing a course in aeronautical technician training, she spent over 34 years working in various departments including aerodynamics, flight testing, B-52, and several top-secret projects which she described as "black hole projects." Dorothy retired from Boeing in 1984.

Continuing to live in Wichita, Dorothy was very involved at St. Margaret Mary Catholic Church. She also enjoyed gardening and loved crossword puzzles as well as traveling. Her travels took her as far as England to visit her grandson, Lance, who was stationed there with the USAF, and to Canada, Hawaii, the Seattle World's Fair, the Rose Parade, Yellowstone, Black Hills, the Albuquerque Balloon Festival, Colorado, Texas, Virginia, Vermont, New Hampshire and Maine. While traveling, Dorothy assembled a massive collection of souvenir spoons.

Dorothy had said that as long as she had siblings in Kansas, she would stay in Wichita. When her last sibling died in 2007, Dorothy moved to Texas to be near her son and his family. In 2014, she moved for the last time when her son moved to N.C. and she settled in Hiawassee, GA.

A memorial service will be held in Cawker City, KS at a date to be determined. Dorothy will finally return home to her beloved Kansas.

Cochran Funeral Home of Hiawassee is honored to be serving the family of Dorothy Pratt. Please share your condolences and sign the online guest registry online at cochranfuneralhomes.com.
To order memorial trees or send flowers to the family in memory of Dorothy Baucum Pratt, please visit our flower store.