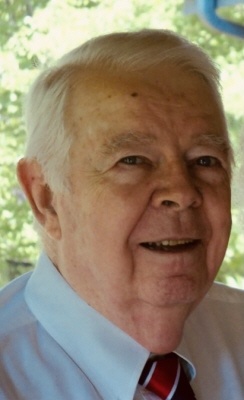 He served as minister with the North Georgia Conference of the United Methodist Church from the early 1950s to his retirement in 2012. He served churches in Massachusetts, Vermont and Georgia throughout his career. Following his return from New England, Dr. Wilson served churches in the Dacula, Tate and Jasper, GA areas. He then served as the Minister of Inner City Ministries in Atlanta and Program Director for Urban Work for the North Georgia Annual Conference from 1963 to 1971 where his program and procedures were used by United Methodist Conferences across the nation. Dr. Wilson served churches in Athens, Carrollton, and Sandy Springs and was District Superintendent in the Gainesville District for six years before retiring. He came out of retirement to serve as senior minister at Union Hill United Methodist Church in Hiawassee, GA, in 1995 to 2005 and 2009 to 2012. He served as minister at Helen Presbyterian Church in Helen, GA from 2014 to 2017.

He is preceded in death by his parents, Charles E. Wilson, Sr. and Marybelle Wilson of Decatur, a brother, Dr. Raymond B. Wilson of Marietta, and an infant grandson, Caleb Andrew Wilson.

In lieu of flowers, the family requests that a donation be made to the Campership Fund at Camp Glisson - Glisson Camp and Retreat Center of the North Georgia Methodist Conference located in Dahlonega, GA which will enable campers with limited resources to have a camp ministry experience during the summer.
To order memorial trees or send flowers to the family in memory of Dr. Charles E. Wilson, Jr. , please visit our flower store.