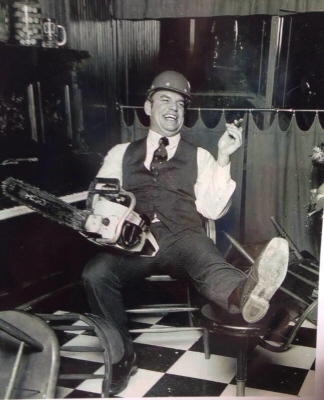 Mr. Eckhardt Hathaway Calder, 77, of Hiawassee, Ga., passed away on Wednesday Aug. 19, 2020.
Mr. Calder was born on April 28, 1943 in New York to his late parents Alice “Nan” Elizabeth (Hathaway) and Eckhardt Calder, Sr.
“Cal” Eckhardt attended St. Lawrence University and New Orleans Seminary, but graduated with a bachelor’s degree in aeronautical engineering from Emory Riddle University. After completing his degree, he worked for Singer Kearfott Company in Asheville, N.C. He was a gifted musician, a skilled piano player and an all-out entertainer. He was known in Asheville as “Cal Ecker the Piano Wrecker” and played many years at the Half Shell Inn On The Plaza. In addition, he was an avid model airplane builder and flyer which led him to own and operate Fletcher RCA park for several years. Mr. Calder also served his country honorably for 4 years in the United States Air Force.

A private family memorial service will be held at a later date.

Arrangements are entrusted to the Cochran Funeral Home of Hiawassee: www.cochranfuneralhomes.com.
To order memorial trees or send flowers to the family in memory of Eckhardt Hathaway Calder, please visit our flower store.