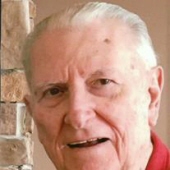 In Memory of Eugene H. Bolsius
January 11th, 1932- June 28th, 2020
Eugene (Geno) Bolsius, currently of Hiawassee, GA departed this earth on Sunday June 28th, 2020. Born January 11th, 1932 at Grady Memorial Hospital. Geno lived in Atlanta during his primary and secondary school years. His Naval Aviation reserve unit was activated in 1951 during the Korean War and he was in the regular Navy util 1955. Following his discharge, he served as a commissioned officer in the USNR until 1972. He returned to the GA Institute of Technology in 1956 and graduated in 1958. After joining the Dow Chemical Company in 1962, he had many stateside and foreign assignments including short term stays in Italy, Germany, France, and England and on site living with Beverly in Buenos Aries, Tokoyo, and Hong Kong. He retired in 1994 as VP of Dowbrands – Latin America Consumer Products. He Married his wife, Beverly Brimer Bolsius in Atlanta on a memorable day, The Ides of March and Tax Day, March 15th, 1952.
He is survived by his daughter, Mona Carolyn Clayton; son & daughter-in-law, Mark Stephen & Anne Bolsius; and daughter, Melissa Anne Caldwell. 8 grandchildren, Christie Clayton, Colin Clayton (Gina), Michael Bolsius, Shelly Bolsius, Maggie Bolsius, Nick Caldwell, Jack Caldwell, and Olivia Caldwell, and two brothers, Robert Weyman Bolsius of Dallas and Jay Clyde Booker of Atlanta.
No services are planned at this time.
Arrangements are entrusted to Cochran Funeral Home of Hiawassee.
To order memorial trees or send flowers to the family in memory of Eugene Herbert Bolsius, please visit our flower store.